Be kind to your family – make a will 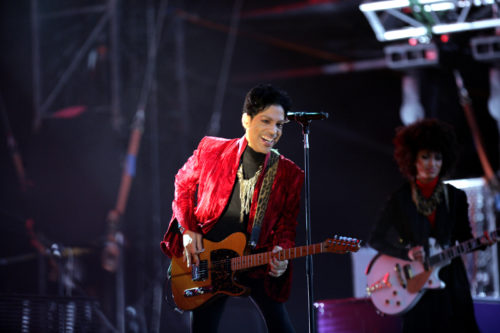 Did you know most Americans do not have a will? Let’s bring this home. Do you? If you don’t, you are in good company.

The most recent high-profile example of a person dying intestate (without a will) is singer-songwriter Prince, who passed away in April at age 57 with nothing found (so far) that specifies what to do with his estimated $100-$300 million in assets. Prince is joined by many other well-known figures who also left no directives, including billionaire Howard Hughes, Martin Luther King Jr. and even America’s most beloved president, Abraham Lincoln, himself a lawyer.

Estate planners say as many as 70% of Americans die without a will. Others put the number closer to 55%. Either way — this is not good news.

What’s so bad about it?

Wills aren’t just for people with lots of money (a common misconception). They are for everyone who wants to have a say in where their property or assets go or who will take care of their non-adult children.

Without a will, the state gets to decide. Not you.

Never mind that the last thing you’d want is for your children to live with your estranged brother who has anger problems. The state doesn’t know that. And as next of kin, he is a logical choice. Or how about your house? Or that sweet car you tend like a baby? Your 401(k)? You probably have some ideas about how you would like your stuff distributed. But without a will, you have lost any chance to voice your wishes. All power reverts to the state, each one having its own laws. Talk about a mess. This could be downright scary.

And we’re not done yet. Throw potential claimants in the mix. Somehow the possibility of inheritance tends to draw out the fight in people. For whatever reason, people will fight tooth and nail for what they believe to be rightfully (or even wrongfully) theirs. The potential for long, expensive court battles (not to mention fractured relationships) is real.

Reportedly, Howard Hughes’ massive estate was eventually inherited by 22 intestate heirs after a handwritten will was declared a forgery in 1978. Martin Luther King Jr.’s family is still battling over control of his estate some 48 years after his death. Fortunately, Abraham Lincoln had a Supreme Court Justice as a personal friend who stepped in to help settle his estate. But who has that?

What will happen with Prince’s estate remains to be seen. While he was unmarried and had no known children, he had a huge music legacy which he cared about deeply. What would he have wanted? Unless a will or trust is found, it won’t matter and the future of that legacy will rest with Minnesota state law. How sad.

None of the people mentioned here knew they were going to die when they did. Most likely, you won’t know either. The question is, are you ready? Are your wishes made known in a will or trust — or will you let the state decide?

Avoid a mess and give your family and loved ones the gift of a lifetime.

Connect with an advisor.

Washington State’s new payroll tax – Ignore at your own peril

Paychecks across Washington State will be a little lighter beginning January 1, 2022.  In...

6 lessons my aunt’s passing taught me

by Mike Joslin My mom’s older sister passed away, alone, in Colorado in April.  She had...

Our life in this pandemic

This blog may be a little more personal than our normal posts.  But “normal” has...

Protecting your health when traveling overseas

One day we will be free to travel again.  To lay our beach towels on top of warm sand. ...

Refer to a friend

What’s on your mind? Let us know how we can help.

Securities and Advisory Services offered, in states where licensed, exclusively through Joslin Capital Advisors, LLC, an SEC Registered Investment Advisor. We may only offer services in states in which we have been properly registered or are exempt from registration. Therefore some of the services mentioned may not be available in your state, and if not, the information is not intended for you.